The South Taranaki MTFJ Steering Group ran the Connect15 event in May 2015 which focussed on connecting young people to potential jobs and career opportunities with local employers. 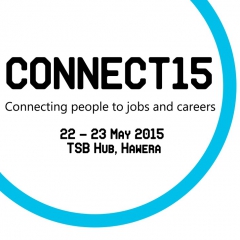 The Friday session was aimed at students looking at where their future employment opportunities lie and what they need to get there.  Over 1400 pupils from all the high schools and some intermediate schools across the South and Central Taranaki districts attended.  Saturday was a chance for these same students to bring their supporters back to learn more and an opportunity for anyone else interested in a new job, or career change to attend.

"It's about highlighting local opportunities, local employers and training providers who can offer valuable advice to students, entrance requirements, areas of study as well as showing that you don't have to leave Taranaki to find an interesting and fulfilling career." Marcia Haigh, community development advisor for South Taranaki District Council said, “Taranaki is a great place to work, and we want our students to be aware of all the options.”

"It was great to see it all come together, and the interaction between the students and 31 exhibitors," said South Taranaki District Council Mayor Ross Dunlop.

One year 10 student said she enjoyed the opportunity to find out more about a range of careers and industries on the day and that it is good seeing the displays and being able to ask questions.

Exhibitor Grant Kobus, programme manager at Taratahi Taranaki, said the event was great to have in the area, in the first half of the year. "This is when students are thinking about the future and we wanted to be here to remind them of how many great opportunities there are in agriculture."

Exhibitors included agricultural/dairy support services, retail, motor and building trades, vet services and other representatives from the many trades that thrive in South and Central Taranaki, along with employment/training opportunities presented through training providers and agencies.

The Regional Development Agency, Venture Taranaki were also present and discussed the options of self-employment and business ownership.  Representatives from the Taranaki Drugs Testing Agency were also in attendance and were pleasantly surprised by conversations they had with young people.

The overall feedback from the event was very positive from both exhibitors and attendees.  Feedback was sought from all the delivery partners, exhibitors, schools and attendees which have been part of discussions with the MTFJ steering group about the improvements that can be made for a possible 2017 event. 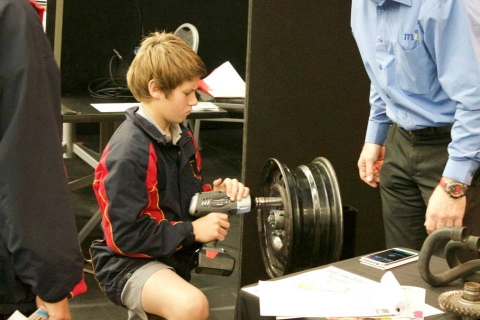 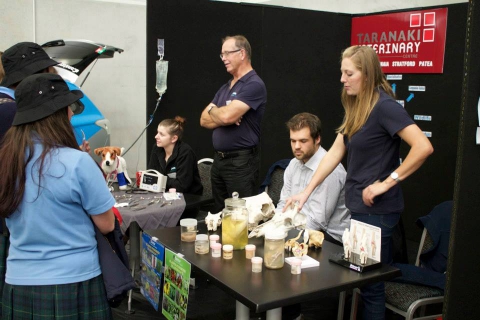 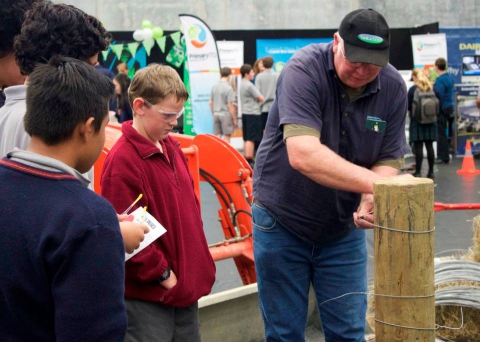 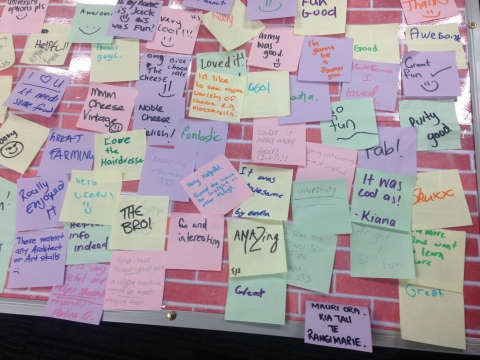 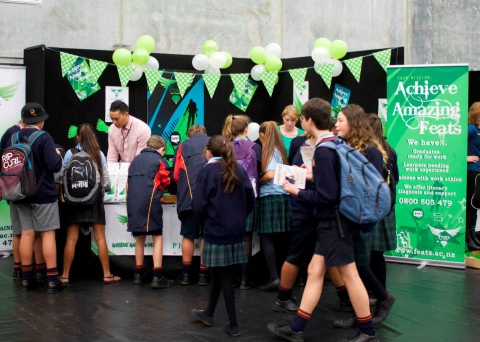 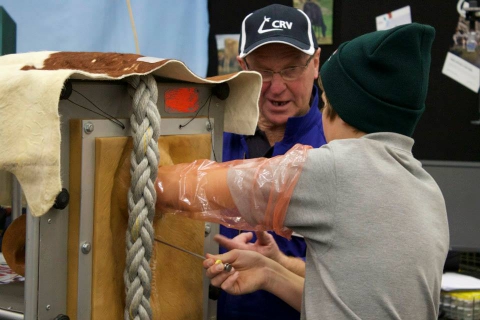 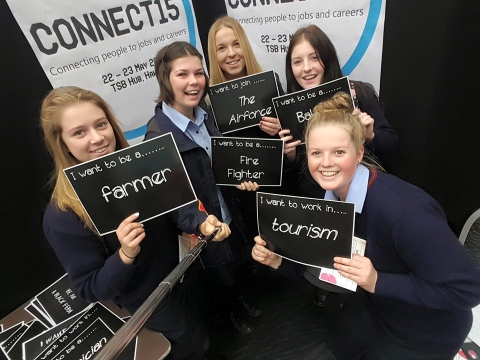 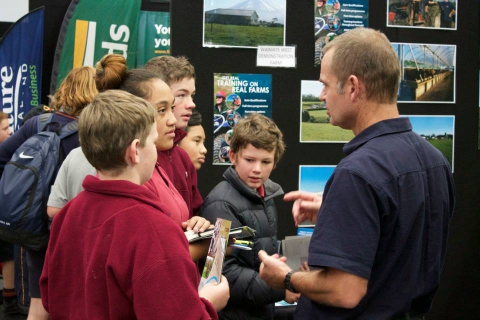