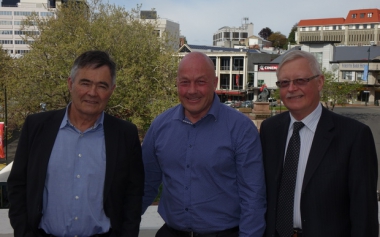 The Clutha-Dunedin Job Fair held in Dunedin yesterday was a great success with a strong turnout from both employers and job-seekers.

About 100 job seekers took part and 12 employers, including some of the Clutha District's largest employers.

There were roles on offer in the construction, primary industry, trade, local government and support services sectors.

Clutha District Mayor Bryan Cadogan said he was thrilled with the event , especially given it was the first time it had run.

"It was a tremendous response from both those looking for work and our local employers and I believe it'll be life changing for some of those who took part."

The fact is we've got more jobs in our district than people to fill them, so we're looking to Dunedin which is only an hour's drive away, he said.

"We are so fortunate as a district to have so many magnificent companies, but it is in everyone's best interest that we maximise their potential."

Clutha Development was the main organiser of the event and its chief executive Linda Moore was also heartened by the turnout.

"I was really impressed by the range of people who turned up, keen to find work and face up to potential employers".

The event is likely to run in the future.