About Us > Governance > Max Baxter 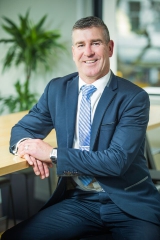 Max was elected as Mayor of Otorohanga District Council in 2013, after he had already served three years as a Councillor. Max was appointed as Chair of MTFJ in 2017 following the MTFJ Annual General Meeting.

Max has been a dairy farmer his entire life, and owns and operates his farm which is situated just outside of Otorohanga.